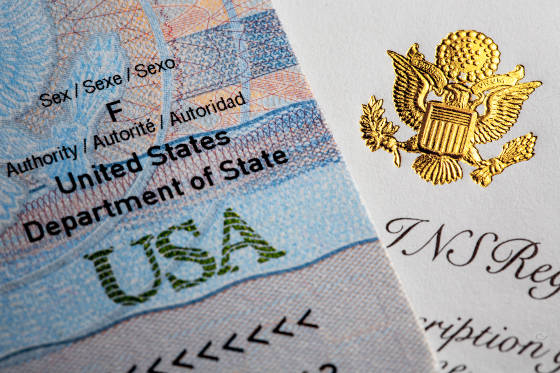 There are three foreign birth documents that U.S. citizens may use as
proof of citizenship: FS-240 Consular Report of Birth Abroad of a
Citizen of the United States of America (CRBA),
DS-1350 Certification of Report of Birth, and
FS-545 Certification of Birth. If you are a U.S. citizen born
abroad and are in possession of any of these documents, you have
evidence of citizenship. Because the laws are always changing, the
document that was valid at your time of birth is still valid for you,
even if it has subsequently been replaced by later foreign birth
documents.

What Is The Difference Among The 3 Acceptable Foreign Birth Documents?

Basically, the primary difference among these three foreign
birth documents that are acceptable as evidence of U.S. citizenship is
their dates of issue; if you were born before November 1, 1990, you
were issued an FS-545
if your parents registered your birth; it is still valid today. If you
were born between November 1, 1990 and December 31, 2010 and your
parents registered your birth, you were issued a DS-1350, which is also still valid today. A child born January 1, 2011 or later received an FS-240, the newest and most secure of the foreign birth documents issued by the U.S. Department of State.

How Do Adults Obtain An Acceptable Foreign Birth Document?

You can only obtain one of these three acceptable foreign birth
documents outside the United States, and they can only be prepared
through a U.S. embassy or consulate abroad. The consular officer will
review and approve or deny your application; approved applications are
forwarded on to the Department of State in the United States, who then
issues a Form FS-240 (CRBA) in your name. (The other two foreign birth
documents are no longer available.) According to U.S. law, the CRBA
serves as your proof of U.S. citizenship.

How Do Children Under 18 Obtain An Acceptable Foreign Birth Document?

If you were born abroad, and for whatever reason, your parents didn’t register your birth with the U.S. embassy or consulate
in your birth country, then the place to start now to establish your
U.S. citizenship is to first apply for a Consular Report of Birth
Abroad of a Citizen of the United States of America (CRBA) from the
American embassy or consulate while you are in that country. This can
only be done if you are still under the age of 18. According to the
laws of the United States, your CRBA is proof of U.S. citizenship in
the same way that a birth certificate in the United States is proof of
U.S. citizenship.
If both of your parents were U.S. citizens when you were born abroad,
and they were legally married, then it’s pretty straightforward. You
qualified to acquire U.S. citizenship at birth as long as one of your
parents lived in the U.S. for any length of time prior to your birth.
If only one of your parents is a U.S. citizen, but the other parent is
not, and they were married at the time of your birth, you also acquired
U.S. citizenship at birth, as long as your U.S. citizen parent showed
evidence of living in the U.S. for the required amount of time before
you were born. Lastly, if your parents were unmarried U.S. citizen(s),
there are additional conditions to be met for you to obtain U.S.
citizenship.
If your parent(s) meet the citizenship and residency
requirements and you are qualified to obtain U.S. citizenship, a parent
can submit Form DS-2029
on your behalf, or you can if you’re 16-17 of age, to the nearest
embassy or consulate to your place of birth and apply. Your application
will require your foreign birth certificate showing both parents’
names, evidence of the citizenship of your U.S. parent(s) like a
passport, plus your parents’ marriage certificate, and an affidavit or
other evidence proving required U.S. residency from your U.S. parent.
When you are granted U.S. citizenship, you’ll receive an FS-240
certificate, or Consular Report of Birth Abroad that can be used to
confirm your citizenship just like a U.S. birth certificate. The CRBA
is the easiest and least expensive way to go.
If you didn’t obtain U.S. citizenship at birth, because your
parent didn’t meet the residency requirement in the U.S. prior to your
birth, your parent can naturalize you by going back to the U.S. and
fulfilling the residency requirement. According to U.S. law, your
parent can fulfill the requirement either before or after you are born.
After the required residency has been completed, your parent can submit
Form N-600K,
the Application for Citizenship and Issuance of Certificate Under
Section 322. The filing fee is $600 and the whole process has to be
completed before you turn 18. Either document establishes citizenship
and allows for passport application.

Can You Use Any of These Foreign Birth Documents to Get a Passport?

Any of the three foreign birth documents can be submitted as proof of citizenship on a passport application;
the newest Consular Report of Birth Abroad (CRBA), the Certification of
Report of Birth, or the Certification of Birth, because they were the
legal document in use at your time of your birth. The documents fulfill
the citizenship equirements, but you’ll need to complete the rest of
the passport application process and submit the appropriate fees, $80,
plus a $25 execution fee for minors 15 and younger, and $110, plus the
$25 execution fee for adults 16 and older. U.S. embassies and
consulates accept payment in local currencies and advise you on the
best method of payment. Once you see the difficulty of obtaining
acceptable proof of citizenship, you will understand the importance of
immediately getting your passport. A U.S. passport is also evidence of
U.S. citizenship and will present a much easier path when situations
arise that require proof of citizenship.
If you were born in a U.S. territory, you will simply use your birth
certificate as evidence of citizenship and do not need a foreign birth
document.

Have you experienced getting a foreign birth document and using it to obtain a passport? Tell us your experience in the comments below.

Click for expedited passport courier service in 24 to 48 hours!.